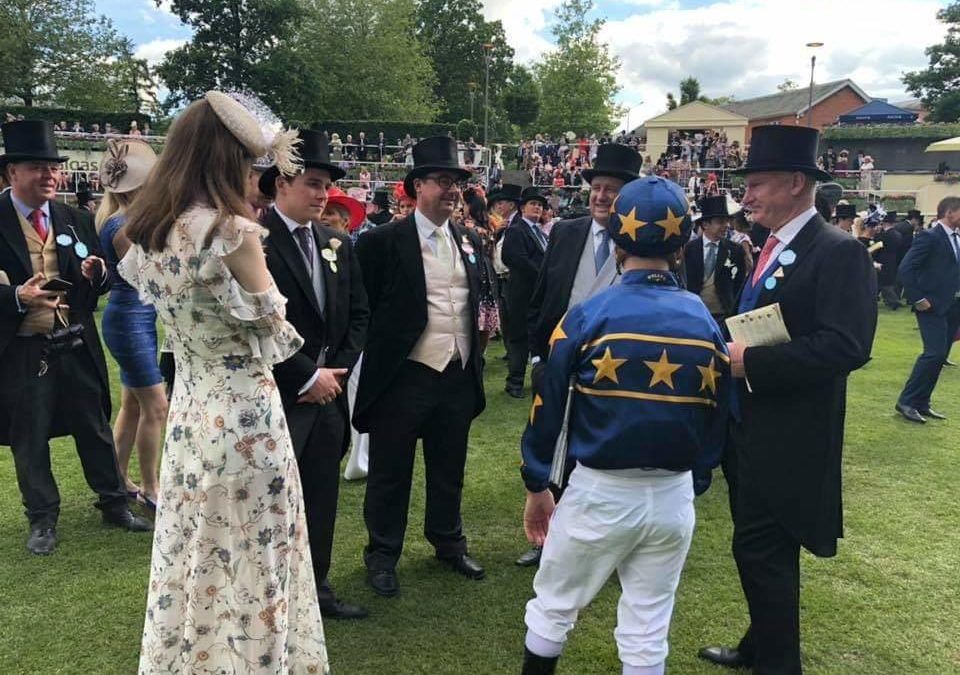 Trainer Stephen Gray was delighted with the game sprinter’s mighty effort, even if he felt he could have finished even closer to the winner, Godolphin’s Blue Point, had he not overraced in the early part of the straight course.

The Lim’s Stable’s two-time Singapore champion sprinter is known to have a feisty side, which was again brought out when he was seen tossing his head around after he was knocked around a little from New Zealand’s Enzo’s Lad (Fergus Sweeney), crowding widely expected with 18 fireballs going like the clappers.

It was nothing that jockey Vlad Duric could not handle, though, as once he had the back of Blue Point (James Doyle), the favourite of the race, he was a lot more settled as race-leader Kachy (Richard Kingscote) clocked sizzling sectionals upfront.

To see Lim’s Cruiser right on terms and in the thick of the action two furlongs out in such world-class company must have given all Singapore racing fans back home goosebumps. Lim’s Cruiser had already etched his name in history as the first Singapore-trained horse to run at the Royal Ascot meeting.

But as the peloton tackled the second rise of the undulating track, that was when the cream rose to the top.

Duric pulled the whip as the pace hotted up, but due to the restricted use of the whip in the UK, he could not wield it the famously whip-happy jockey does back home. Nonetheless, the Australian was still able to extract the best out of Lim’s Cruiser, who, however, started to feel the pinch inside the last 100 yards as the final assault went into full swing.

Blue Point thundered past Kachy to set sail for the winning post for a rare King’s Stand-Diamond Jubilee Stakes double (last to pull it off was Australia’s Choisir in 2003), even if he had to contend with a late party-pooper. The Sir Michael Stoute-trained Dream Of Dreams (Daniel Tudhope) jumped out of the ground to make it interesting in the concluding stages, but just missed out by a head.

Lim’s Cruiser stuck on as best as he could, but was eventually outsprinted by other horses to finish just over seven lengths off Blue Point.

At the unsaddling area, Gray’s smile may not have been of the euphoric kind, but it still spoke volumes of his beaming pride as he took the Casino Prince six-year-old to a well-deserved shower.

“It was fantastic. He ran huge,” were the Kiwi handler’s first words.

“At the 75m, he could still run fourth or fifth, but he jumped a bit keener than usual. Vlad said he got bumped and that revved him up. That was probably his undoing in the end.

“He was left a bit flat-footed, but the first two are world class horses. A lot of good horses finished behind him, I can tell you.

“When the race was over, he was actually still going past the line. I think the 1400m is even better for him.

“He would have finished better if there was a bit of rain as well. The track had firmed up that day.

“In saying this, I’m very proud of him, he tried hard and gave his all. It was his first time over the straight and it was a good effort to run that well in an international race.

“He looked fantastic in the parade ring, he presented very well. I always knew I had the right horse to compete with the world’s best.

“I’m really happy with his run.”

Duric also thought an upset could be in the offing when he felt there was still plenty left in the tank at the half-mile while still within striking distance, but once those Rolls Royces on four legs stepped on the gas, they were clearly in another league.

“He went really well. He jumped really fast to get in behind a couple of horses, but then he copped a few bumps on his inside,” said Duric who was aboard at the first three of Lim’s Cruiser’s eight wins at Kranji.

“That fired him up a little. I was still happy to be behind Blue Point, the winner of the race.

“The undulations of the track were fine for me, we as jockeys don’t really feel them, but the horse does.

“As we came downhill, they quickened up, he stayed on the back of Blue Point and came back underneath me, and for a second or two, I thought we would be right there.

“But when they started to climb up the second hill, they just went away from us. These sprinters are just at another level.

“He still stuck his head out to the line. He was gallant in defeat.

“I was actually hoping for a bit of rain – if he had got a soft track, he could have finished a few lengths closer. Back home, his best wins were when there was some cut in the track.

“But maybe it was a combination of the class factor and he never had to do that second run up the hill before. He still tried very hard.”

After such an encouraging run, the question on everybody’s lips now is whether Lim’s Cruiser will be given a chance to improve on his score. Gray was non-committal, but was certainly not adverse to the idea.

“He pulled up good and he will be even better after that run,” he said.

“I will discuss with (owner) Mr Lim (Siah Mong) and we’ll then make a decision if he stays here. There is a Group 2 race over 1400m in three weeks’ time, we’ll see.”