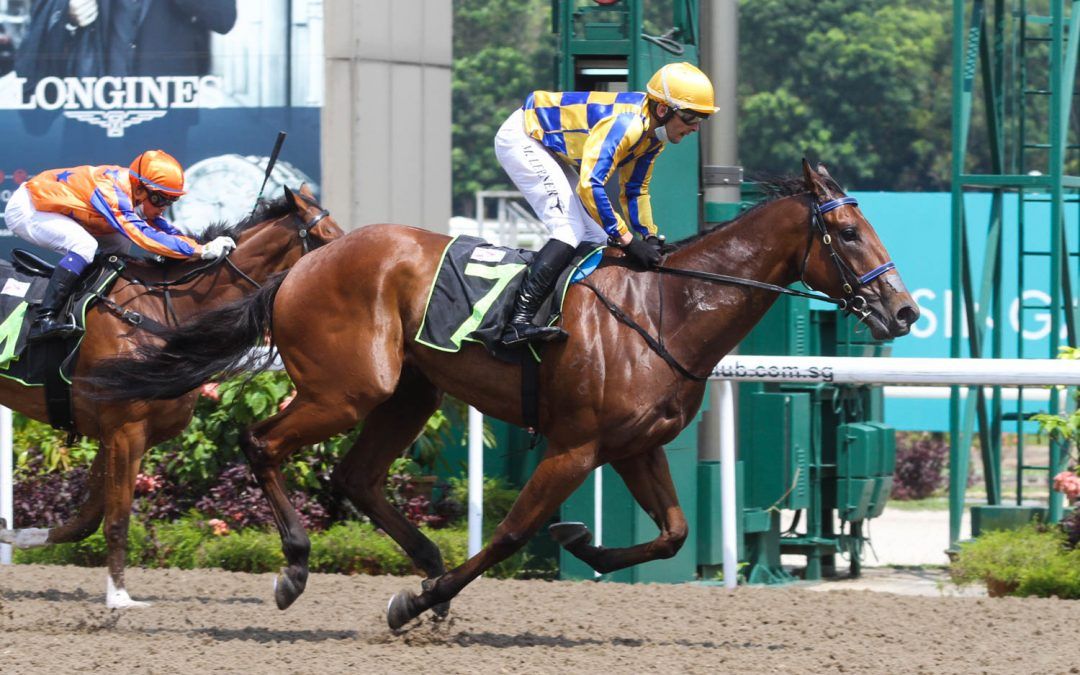 Hard Too Think’s pulsating win on Saturday had winning trainer Stephen Gray feeling both stoked about the All Too Hard four-year-old’s second win, and also a little despondent about the hollowness of a win without the owners on hand.

Since the imposition of COVID-19 restrictions when racing resumed in July, only one owner and one guest are allowed to go to the races.

With Hard Too Think raced by a new syndication of 10 owners, it was a tricky exercise to pick one against one another even if they drew straws.

The group then opted for the ‘all of us or nothing’ motto, hence Gray’s sadness that the joy of leading in a winner and partaking in post-win celebratory drinks was cruelly absent on Saturday.

“Hard Too Think is raced by a group of owners, mostly local, that I put together before COVID-19. Some are foreigners and some are stuck overseas,” said the Kiwi handler, who is never afraid to be vocal about any issue that doesn’t sit too well with him.

“They want to be here and enjoy their races, have some food and drinks, but they can’t do it now. Until we get the people back to the races, I won’t be able to get new owners on board.”

Gray, however, remained optimistic this bunch will eventually get to give their pride and joy a well-deserved pat on the neck at the winner’s stall one day. On the way the 3-1 chance bounced back to his best in Saturday’s $50,000 Class 4 race over 1700m on Polytrack following a few lacklustre runs, it is odds-on more victories are in the offing.

“He’s a very nice horse, but it’s just that at his last start, he was poorly ridden. He should have led but he was caught four to five wide,” said Gray.

“At his previous run, he missed the start, was pushed back and it was too late in the end. Luckily, the owners have been patient and left me to it.

“He is a stayer but there are limited opportunities for him on grass. It was tempting to run him over 2000m the other day, but I didn’t, I gave him a freshen-up and it’s paid off today.”

The trip in the boondocks might not have been ideal, but Hard Too Think still had plenty of ticker left when turned out loose by Lerner in the straight. Axel (Hakim Kamaruddin) posed a momentary threat but was in the end safely held into second place one and a half lengths away with Caribbean Lady (Troy See) further back more than three lengths away. The winning time was 1min 45.79secs for the 1700m on the Polytrack.

Gray was also full of admiration of Marc Lerner’s handling of his fourth winner of the year. The French jockey also won on Valencia for him two weeks ago for what may well be the early sketches of a future partnership.

“He trialled good with Marc last week, it was a nice soft run. Marc is strong and can ride light, he suits this horse,” said Gray.

Lerner said he was never anxious in the running even when they were trapped deep down the back, confident he had a lapful under him.

“He was five wide at some point, but we had some cover after that,” he said.

“He won the race in two strides.”

Hard Too Think has now taken his record to two wins and one second from seven starts for prizemoney that have now hit the vicinity of the $80,000 mark for the Stephen Gray Racing Stable.