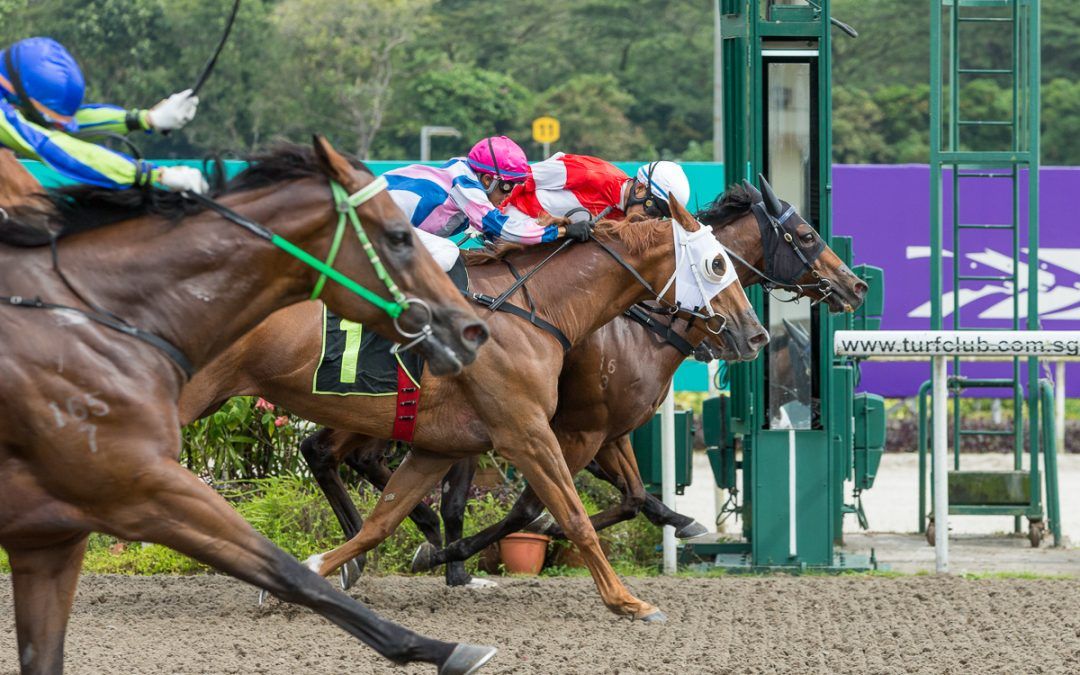 Old warrior Darc Bounty got up in a thrilling finish in the $70,000 Class 3 race (1000m) on Saturday to give replacement rider Zyrul Nor Azman his first win of the year.

The Singaporean jockey stood in for fellow jockey Simon Kok Wei Hoong after the latter stood down from his riding engagements due to a fracture in his right shoulder.

Despite the last-minute call-up, Zyrul already knew the Stephen Gray-trained gelding well for having ridden him to three placings from five races last year.

After jumping from barrier nine, he settled Darc Bounty off the fence and just behind leader, I Am Sacred (Wong Chin Chuen).

Once the field straightened for the judges, Darc Bounty ($82) gave chase but I Am Sacred would not let him past easily. Following close in third was the smart Polytrack specialist, Pennywise, who looked to be motoring home strongly under apprentice jockey Rozlan Nazam.

Meanwhile, Vgor (Amirul Ismadi) and Siam Warrior (Benny Woodworth) were closing in fast on the outside, but they were all too late when Darc Bounty headed Pennywise to hit the line first.

I Am Sacred finished another short head away in third, while Vgor and Siam Warrior ran fourth and fifth respectively, separated by a short head and half-a-length between them.

The winning time was a slick 58.38secs for the 1000m sprint on the Polytrack.

Zyrul could not hide the big grin on his face upon returning to the winner’s circle, more so when he only had five winners last year, with the latest one coming on board Qaraat on October 15.

“It’s been so long that I forgot when my last winner was, but I’m so happy to get a winner on the first day (of the new season),” said the 34-year-old jockey.

“I rode him a few times before, so I know him, that he’s got the natural speed. This time he dipped a little at the start, but I still got him into a one-out, one-back position.

“I was very confident that he would give me more in the running, but I was worried that someone would catch him in the straight. They did not.

“I’m happy to get pick-up rides and I thought this was my best chance of the day. Hopefully I can get more support in future.”

Gray, who flew back from New Zealand last Tuesday, was delighted with the win but deflected the credit to the horse and his staff.

“He gets up high in the ratings and he always tries, so it’s hard for him to get down. Things then get a bit tougher for him, but he’s often in the money.

“We looked after him and spaced his runs out a bit. He’s still healthy and loves the sport, so he’s not retiring yet.

“(Owners) Mr and Mrs Elaine Chen are lovely people and they love the horse. This old boy keeps them going. They’ve only got two horses left now (the other one being Sure Will Do), so I hope they get more new ones.

“I want to thank the staff because they have worked hard while I was away at home for three weeks. It’s not easy and I appreciate them. My B-trainer Saimee (Jumaat) does a good job and he’s got good staff around him.”

A nine-year-old son of Darci Brahma, Darc Bounty has earned close to half a million in prizemoney for connections with eight wins and 13 placings in 47 starts.