YEARLY RACE FOR MAX FINALLY HERE, AND HE WON’T BE ALONE 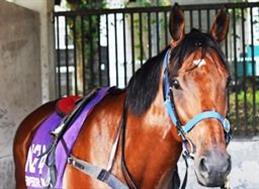 After one long year of waiting, trainer Stephen Gray was relieved the $800,000 Group 1 Lion City Cup (1200m) was finally rolling around for Emperor Max on April 16, but while his patience will soon be rewarded, he will also get more than he bargained for – a second runner in Lim’s Cruiser.

The Lion City Cup has been a long-range target for Emperor Max ever since his last run, which was actually in last year’s renewal of Singapore’s richest domestic sprint race. He ran second to Zac Spirit for his third successive placing in that race after a second to the same Zac Spirit in 2014 and a third to War Affair in 2015.

Gray and connections have been loath to run the Holy Roman Emperor seven-year-old too often at Kranji for fear of seeing their horse copping crushing handicaps given his lofty rating of 114. 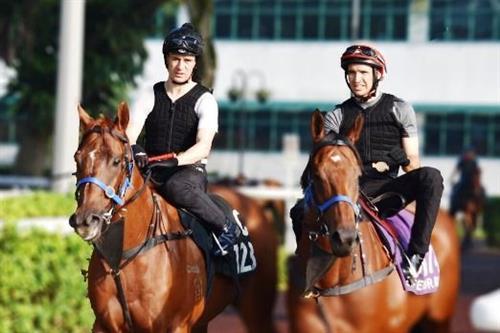 The Lion City Cup at weight-for-age thus became a lone annual mission for Emperor Max – in recent memory, a little like El Dorado who was prepped up for only one race every year, the Singapore Gold Cup.

As the premier sprint loomed, Emperor Max’s preparation has gone without a hitch; all things were right on target. But in parallel, Lim’s Cruiser, Gray’s recent rising star, has in the meantime been more than a worthy surrogate to Emperor Max in the feature races for the Kiwi handler. The Casino Prince four-year-old last year won the Group 2 EW Barker Trophy (1400m) and at his racing comeback this year, knocked in the Group 3 Rocket Man Sprint (1200m) on March 26.

While most thought the next logical target for the talented gelding would be the Singapore Four-Year-Old Challenge, he will be the surprise partner to duet with Emperor Max next Sunday week.

Gray said it actually made sense to give the Lim’s Stable’s dual-Group winner a start in the sprint feature even if he is not really an out-and-out 1200m sprinter.

“The Lion City Cup was not really in the pipeline for Lim’s Cruiser. But he’s pulled up so well after the Rocket Man Sprint that the owners sat down and discussed with me and thought why not give him a run,” said Gray.

“With the Stewards’ Cup (first Leg of the Singapore Four-Year-Old Challenge) on May 28, it would have been eight weeks between runs. It made sense to give him a run in between.

“It’s worth a lot of money. The horse is still in great form and we thought why not?”

Suddenly, the Lion City Cup appeal has been split between two horses for Gray, and probably even shifting ground a little towards the last-minute surprise guest.

“Emperor Max has done everything right and is coming to form at the right time, but it’ll be a tough ask first-up against very good sprinters,” said Gray.

“His last couple of trials have been very good. He even won his last one last Thursday, but it’ll be a case of the old versus the new, won’t it?

“It’s not just Lim’s Cruiser as there’ll be a lot of other younger horses like Alibi, Storm Troops in the race, but he’s the class horse and I hope he runs well.”

In line with his policy of keeping Emperor Max away from the domestic scene, Gray is actually using the Lion City Cup as a guide to an overseas target he has already locked in, the Group 1 Chairman’s Sprint Prize (1200m) at Sha Tin in Hong Kong on May 7.

“We’ve entered Max for a Group 1 sprint race in Hong Kong. I will see how he runs in the Lion City Cup first before making any decision,” said Gray.

A winner of nine races and more than $1.4 million in prizemoney, Emperor Max does have overseas exposure as he raced in England at Ascot during the QIPCO British Champions Day at Ascot in 2015. The Drs Gordon and Ernest Yau-owned champion contested the £600,000 Group 1 QIPCO British Champions Sprint Stakes (1200m), running a creditable seventh to the favourite Muhaarar.

Gray will stick with Lim’s Cruiser’s Rocket Man Sprint winning partner Danny Beasley in the Lion City Cup while Michael Rodd will jump on Emperor Max for the first time in a race. The in-form jockey has been partnering Emperor Max in his workouts since he came back in work.