Lim’s Cruiser to race on in UK 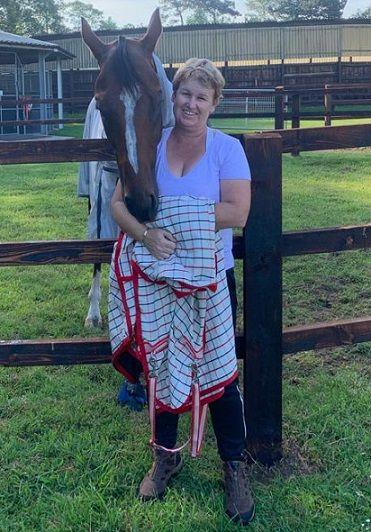 As you read this article, the Grays will be on a plane back home, but without their champion Lim’s Cruiser who is staying back in England – and likely to have another crack.

Trainer Stephen Gray has yet to cast in stone which way the Casino Prince six-year-old will go following his eighth place in the £600,000 ($1 million) Group 1 Diamond Jubilee Stakes (1200m) at Royal Ascot on Saturday, but is almost certain his next start would be in England.

Just before boarding his Singapore-bound flight along with wife Bridget and family, Gray said he had already paid up the second nomination entry fee for the £500,000 Group 1 Darley July Cup (1200m) at Newmarket on July 13.

Admittedly, it was more to beat the deadline of Tuesday itself, but depending on the depth of the field, the Lim’s Stable-owned galloper may still line up.

Even if he doesn’t make it, Gray has other irons in the fire.

“He’s pulled up brown, he’s pulled up astounding. He’s had a couple of sunny days in the paddocks,” said the Kiwi handler.

“I spoke to (racing manager) Mick Dittman yesterday and we had a few options before us.

“We’ve yet to speak with (owner) Mr Lim (Siah Mong), I’ll do that around a table when I get back home, and Mr Lim will have to be comfortable with his decision.

“But for now, we’ve decided to pay up the second nom for the July Cup, only because the noms close today and we want to keep our options open. We’ll see who is in and who pulls out, we know (Diamond Jubilee Stakes winner) Blue Point is out as he’s been retired.

“We’ll probably head down towards the July. It’s at Newmarket which is just down the road from where he’s stabled.

“It’s a beautiful track that goes downhill and rises towards the end. The way he’s improved, he probably deserves to have a crack.

Whichever path the eight-time winner takes, home is where he will eventually head back to, and Gray is also excited about that next chapter.

“When Emperor Max came back (from his unplaced run in the Group 1 QIPCO British Champions Sprint Stakes over 1200m in 2015), he came back a better horse. He won a Group 3 race (Kranji Sprint) and ran a close second in the (Group 1) Lion City Cup,” he said.

“I think it’ll be the same for Lim’s Cruiser. He probably deserves to improve and have another crack and then come home.

“After England, it’s not hard to bring him back to Singapore and we then run him in the Raffles Cup (September 22) or even that Polytrack sprint race (Group 2 Merlion Trophy on August 25).

“I think we can have another good year with him. He probably won’t travel overseas again.

“It was still worth a try, he’s definitely paid his way and we’ve enjoyed every minute of it. Even the local trainers like Jane Chapple-Hyam, William Jarvis and James Fanshawe were impressed with his run.

“There are a couple of options for him, and whatever we do, we just want to do the right thing for him.”