Hugo scores another emotional win for the Grays 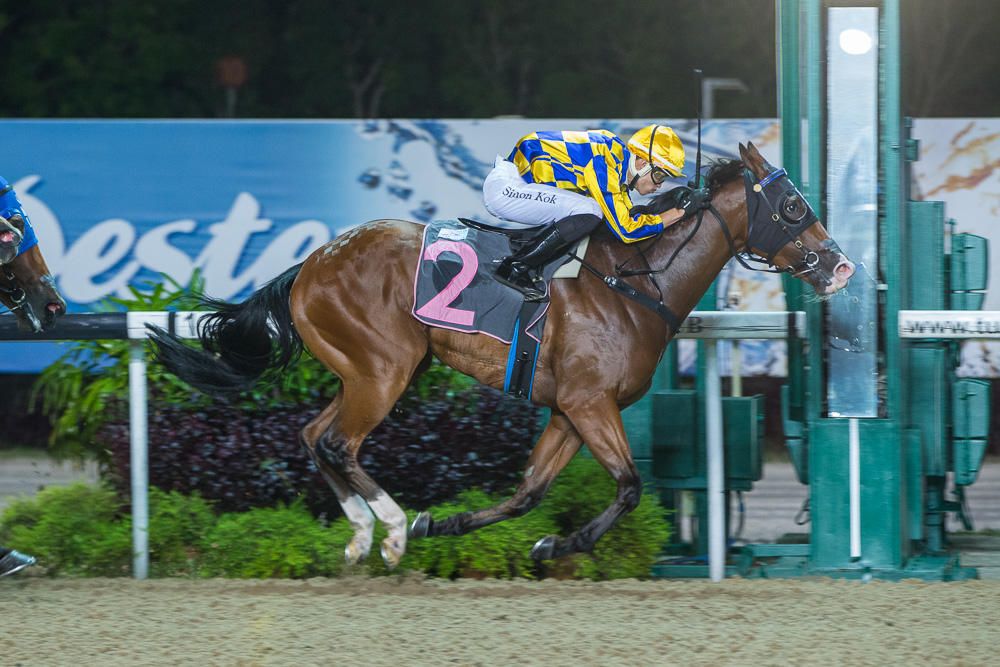 Emotions always run high in the Stephen Gray camp whenever Hugo wins, and Friday’s third success was no different in the fervent way he was greeted at the winner’s enclosure, but probably with fewer dry eyes after a new addition to the family miraculously survived and is now a bouncy little foal in New Zealand.

The Grays didn’t breed just Hugo, but his mother Princess Katie (named after Stephen and Bridget’s daughter) as well and also trained his grand dam Go Getter before keeping her as a broodmare.

While all horses at the yard are treated on an equal footing, Hugo no doubt gets a few more sugar cube and carrot treats at home, but his gutsy all-the-way win in the $50,000 Class 4 Division 1 race over 1200m was even more special on Friday.

“The mum just gave birth to another foal at the Kitchwin Hills but he was three-week premature. They said it was unlikely he would survive, he had crooked legs,” said Gray.

“But we couldn’t put him down. He had such a strong will to live even though he was just a little bub.

“He’s turned around completely and is a beautiful foal we have named Elliot. He’s by Dissident and we have two others out of Princess Katie – a two-year-old colt by Choisir named Simon, and who will come up here soon.

“Then there is a yearling by Artie Schiller named Arthur, Mick Malone (Kitchwin Hills stud manager) names them. The family is doing great, but it’s great that we also trained the grandmother Go Getter for Tang Weng Fei (Hydrocarbon Stable).

“She was by Snippets and we liked her straight away as she was a very well-bred Snippets.

“Weng Fei didn’t know what to do with her when she was retired a winner of three to four races. I asked Weng Fei if I could have her and he gave her to us.

“We sent her home and she’s been a great mare. She gave birth to Princess Katie, who raced for us and it was one of my biggest thrills when my dad trained her to win a stakes race back home with Lisa Allpress in the saddle.

“Racing is our passion and Hugo is a fine example of that here at Kranji, a horse we bred and who took a lot of time to get right, but who seems to grow a leg on Polytrack.

“(Apprentice jockey) Simon (Kok Wei Hoong) gets along well with him. It was a very good field and I didn’t know what to expect, and we’re very grateful for the win.

“He was a little disappointing at his last start. Simon got off and said he gave him a terrible ride, they sat wide but he still ran good actually.

“I’ve freshened him up and he’s bounced back nicely for the win.”

Kok, who was at a riding double after opening proceedings with Yulong Sheng Long ($15) in the $30,000 Class 5 Division 1 (1600m), is now all but home in his bid for a first Singapore champion apprentice jockey title. On 31 winners, Kok, who turned 24 on Tuesday, holds an unassailable lead of 18 winners on Shafrizal Saleh.

“Hugo can play up a bit at the barriers, but he showed good gate speed tonight,” said the Malaysian rider, who was originally indentured to Gray before transferring to Burridge when he obtained his licence last year.

“The horse found the lead easy. He listened to my command to come back and I think he likes the way I ride.

“He had everything his way and not surprisingly, he gave me a good kick in the straight.”

The Smart Missile four-year-old, who jumped off at lukewarm odds of $64, was indeed off and gone once Kok cut the ribbons at the point of the turn.

Favourite and former leading two-year-old Rocket Star, who was resuming after overcoming a major eye injury, was hard ridden from a long way by jockey Ben Thompson, before eventually mustering his trademark acceleration inside the last 150m to just pip Diamond Ring (Daniel Moor) for second place by a nose.