Gray tags Sure Will Do as ‘next good horse’ 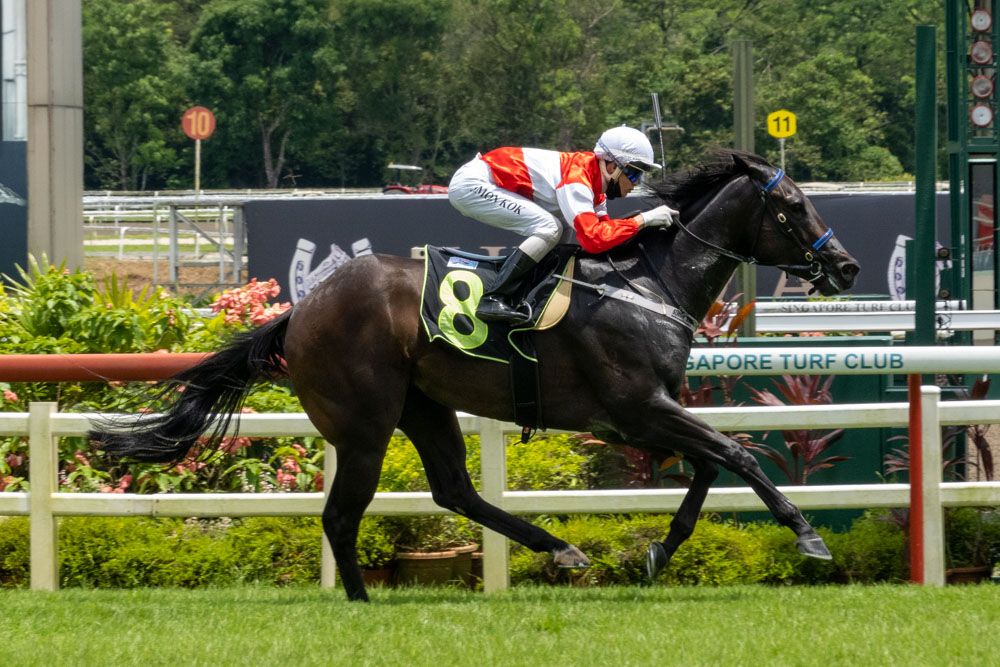 Trainer Stephen Gray was effusive of impressive debut winner Sure Will Do even if the NZ$210,000 purchase put a relatively modest field to the sword in the $20,000 Open Maiden race over 1200m on Saturday.

Gray bought the Per Incanto four-year-old as a yearling in New Zealand, keen as mustard to get him for his wonderful owners, the Chens, who happened to have also spotted him from the catalogue.

The scintillating work on the training tracks, including three barrier trial wins leading all of the way, left Gray with absolutely no regret parting with the hefty amount of money at the sale, but unfortunately, a few setbacks held his Kranji debut up.

Sure Will Do was finally primed for his baptism of fire on Saturday, duly obliging with a dominant win under champion apprentice jockey Simon Kok Wei Hoong, but if Gray were to have any gripe, it was the paltry stakes his new prized charge had to run for.

“He was supposed to have his first race in a Restricted Maiden race over 1200m worth $75,000 one month ago, but he had a viral infection, he was quite crook and unfortunately, we couldn’t run him,” said the Kiwi handler.

“There was this Open Maiden race today, but the prizemoney of $20,000 is not substantial for such a high-prized horse, but the Chens were good about it and said let’s get racing.”

Going straight as a die to the front, the Chens’ (staunch supporters of the Gray yard with other horses like Wecando, Darc Bounty among others) new pride and joy travelled well within himself on the fence.

He had some horses hanging around in the first two-thirds of the race, but once the handbrakes were off, he kissed them goodbye in the style of an even-money favourite.

Skipping clear effortlessly, Sure Will Do went on to gap his rivals, relegating Miej (Louis-Philippe Beuzelin) by 2 ¾ lengths with the latter’s stablemate Almugir (Ryan Munger) in third place, another three-quarter length away. The winning time was 1min 10.89secs for the 1200m on the Long Course on turf.

“I bought him as a yearling. Mr and Mrs Chen picked him, and I also liked him so much I kept bidding,” said Gray.

“He is out of a mare (Eloa) who was the dam of a good horse for Paul Hickman some time back, Kallisan. He won three races, but unfortunately, he had wind issues and we sold him.

“Eloa comes from a good foundation family at the Little Avondale Stud. We gave Sure Will Do time, and Ilone Kelly in New Zealand also did a great job with his pre-training.

“He came to us as a big horse and was always meant to be a nice three-year-old, but then COVID-19 struck and delayed his debut.

“I actually think COVID-19 has been good to him, as it gave him more time to strengthen up. He could be my next good horse.”

Gray’s second runner Ksatria (Marc Lerner) can also be credited with a good run after he ran on for fourth place four lengths off Sure Will Do.