Lim’s Cruiser to head to Tasmania 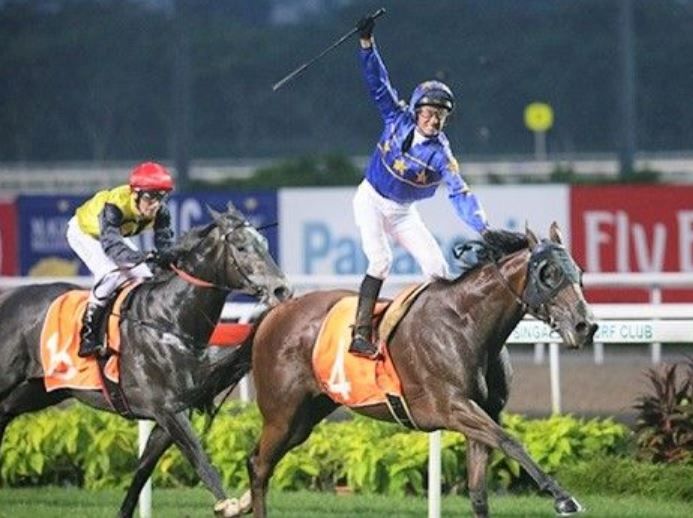 Two-time Singapore champion sprinter Lim’s Cruiser has farewelled Kranji after connections decided to send him to Tasmania with a possibility of an eventual return to the racetracks in Australia.

The Casino Prince eight-year-old entered quarantine on Friday and is booked to fly out to the Apple Isle via Melbourne in around two weeks’ time.

Lim’s Cruiser last raced between June and July 2019 in England where in two starts in Group 1 sprint features, he ran out of the placings, but was far from disgraced.

He ran eighth to Blue Point in the Diamond Jubilee Stakes (1200m) at Royal Ascot in June 2019 before going two better behind Ten Sovereigns in the Darley July Cup (1200m) at Newmarket three weeks later. The two winners hail from behemoth outfits Godolphin and Coolmore respectively.

The last time the two-time Lion City Cup winner (2017 and 2018) raced at Kranji was at his bold bid for a three-peat in the premier sprint last year in May, when denied late by Aramco, and the last of his eight wins – he was placed eight times – from 20 starts came in a Kranji Stakes A race over 1200m on November 20, 2018.

While he was beset by niggling issues, the real reason for his prolonged absence was a lack of suitable races other than the Lion City Cup. He was actually being set for another crack at the COVID-19-delayed version (won by Inferno last Sunday as opposed to its usual May timeslot), but trainer Stephen Gray could not get him ready in time.

Given they cannot afford to wait another year (or less, depending when the next renewal is held, all hinging on how the COVID-19 situation evolves), Gray, the Lim’s Stable’s Mr Lim Siah Mong and racing manager Mick Dittman thought it would be in the gelding’s best interests if he sought greener pastures elsewhere.

“Lim’s Cruiser actually got over his slight tendon issues and was having a good prep leading up to the Lion City Cup,” said Gray.

“He had started galloping with Winston (apprentice jockey Cheah Wei Wen) and had got up to the trials. He was flying along, but then, he had a minor reaction to the tendon to his front leg, it was at another area.

“We decided to stop and back him off or it would have got worse and we ended up with nothing. He healed up really well again.

“But he missed all the lead-up races to the Lion City Cup. We couldn’t use the hill track to strengthen him up, and we ran out of time to get him ready.

“I could have pushed on as he had been passed by the vets to carry on training, but there was nothing for him here.

“After discussing with Mr Lim and Mick, due to the limited opportunities for him here, we decided to put him on a plane to Australia.

“We spoke to (former jockey) Stephen Maskiell in Tasmania, and he and his wife Yasmin agreed to look after him. He will work on the beach there, they have better tracks there than the Polytrack.

“I know Stephen from the time he looked after Fastnet Dragon here. He brought that horse up to Tasmania, and the horse has thrived there, and won again in Tasmania and was placed in Melbourne.

“It’s all about the mental side and the rehab. We know he’ll be in good hands, we’ll see how he goes and then decide on the next step.

“Steve will do his pre-training and trial him up. If he doesn’t stand up, then he’ll be retired and Steve can then use him as a show horse or ride him on the farm.

“If he does stand up, then we’ll race him in Melbourne. He was actually fine here after he got over that latest issue, he was blooming along and had healed up completely.

“I told Mr Lim he’s still a young horse and lightly-raced (eight wins and eight placings in 20 starts), he’s still sound and still has a lot of ability.

“Don’t give up on him. He could run in those Group 2 or Group 3 races in Melbourne whereas there was nothing for him here.

“Cruiser has been too good to us, he’s taken us around the world. Even if he doesn’t race again, we know he’ll now have a good home as he deserves it.

“It’s a good result for everyone. I really appreciate Mr Lim for taking good care of such a good horse even after his racing career is over in Singapore.”

Besides the two Lion City Cups, Lim’s Cruiser also captured the Group 2 EW Barker Trophy (1400m) in 2016, and had his first international raid in December 2018 in the Group 1 Longines Hong Kong Sprint (1200m) at Sha Tin, finishing a meritorious seventh to Mr Stunning.

All up, he has amassed stakes earnings close to the $1.9 million mark for the Lim’s Stable.