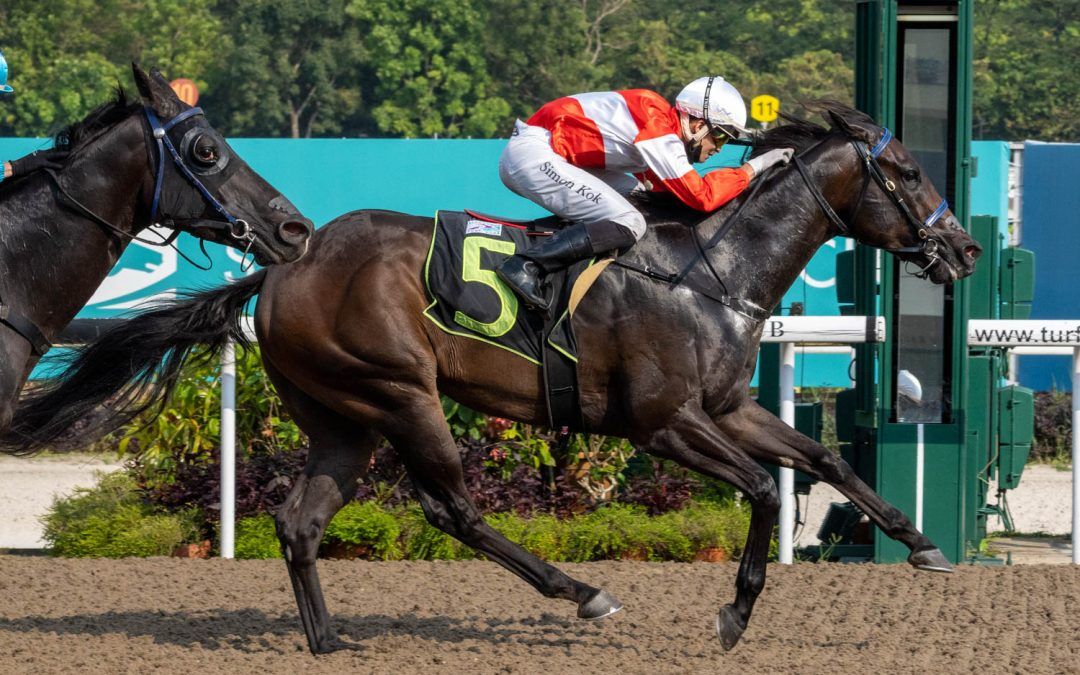 After Simon Kok Wei Hoong won aboard Fireworks on December 5, most would have thought unimaginable that the two-time Singapore champion apprentice jockey could possibly return empty-handed at his next 27 rides.

Still, the young buck did, and for a losing sequence that was his longest by far, until he was finally back in familiar territory in Saturday’s last race, the $50,000 Class 4 Division 2 race over 1000m, when steering $11 favourite Sure Will Do to a smart win off a classic hold-up run.

The dearth of winners for the usually prolific rider was not just because he is now down to claiming only one kilo. The fact he missed January on compassionate leave to attend his late grandfather’s funeral in Ipoh obviously does not explain the long winless run, but does account for the long time between drinks: 84 days.

To the Malaysian, it was just rotten luck that had put him on the skids for so long.

“It’s sheer relief first and foremost,” said Kok after he unsaddled and debriefed with trainer Stephen Gray, who was incidentally saddling a brilliant treble after Hard Too Think and Darci Bounty (see earlier reports) saluted earlier.

“Since I came back from Malaysia, I was hoping I could get a winner at my first day back, but things didn’t go right and they haven’t got any better since.

“I just needed luck and I told myself I had to be patient and my luck will be there eventually.”

Kok has in the end fallen back on a horse he knows back to front to get the proverbial monkey off his back – Sure Will Do. He has partnered the promising Per Incanto four-year-old at all his three starts, coming up with two wins and an unlucky third at his last start on a wet track.

“Today, I knew Sure Will Do was my best ride and he didn’t let me down. A big thank you to Mr and Mrs Chen for putting me on their horse,” he said.

“At his last start, he didn’t handle the wet track. That made all the difference.

“Today, I took a sit on him. That put him in a difficult spot and also put a bit of pressure on him, but he responded very well to it.

“Last time, he was always in front by himself and didn’t settle that well. He settled much better today.

“He could have gone faster if I gave him a few more smacks in the end, but I thought he’d done a good job already.”

Gray, who leapfrogs from the 11th spot to enter the Top Five in fourth place with the big haul, envisioned a step-up to the Singapore Four-Year-Old Challenge, albeit no date has been fixed or confirmed yet.

“He ran good today. Simon gave him a peach of a ride,” said the Kiwi conditioner.

“When he hit the front, I was worried there’d be something who would run him down, but he kept going.

“He’s a four-year-old series horse, but I’m not sure if they will take place.”

With the racing calendar for 2021 only released in quarterly phase, no feature races have been slated as yet, but an announcement to that effect is anticipated very soon.

Sure Will Do has now racked up in excess of $80,000 in prizemoney for Elaine Chen, courtesy of his three wins and one third from four starts.