Faith in Clergyman pays off 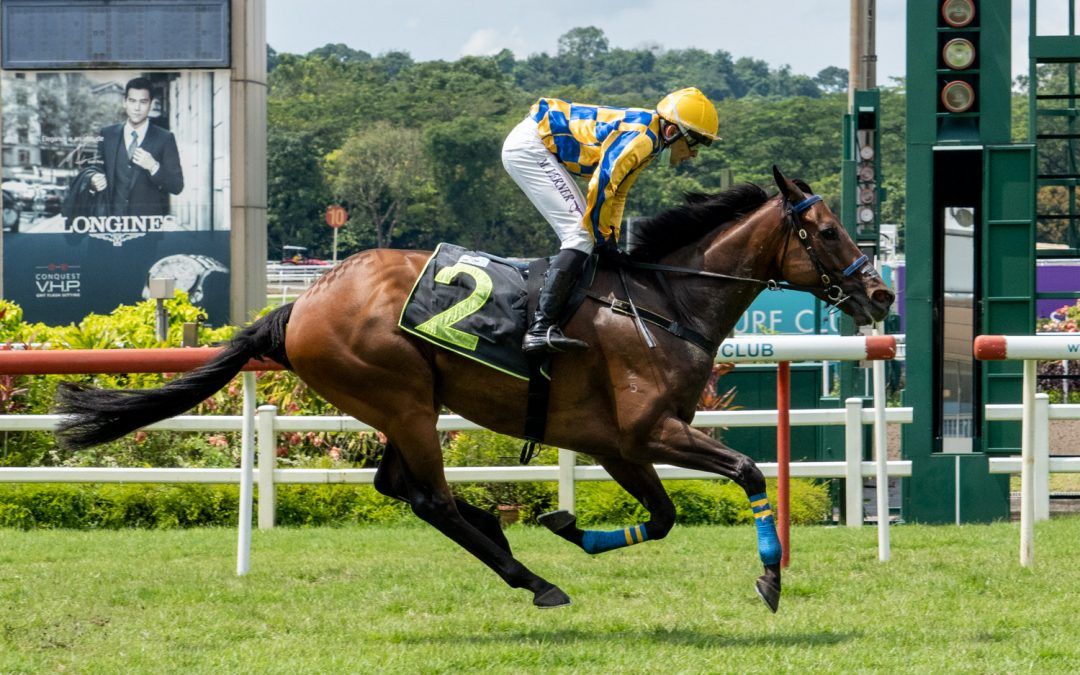 More often in his box or at the farrier shop since his arrival in April 2019, the son of Artie Schiller was amazingly at only his seventh Kranji start for a five-year-old, in a stop-and-start career that actually kicked off promisingly with a third and two seconds at his first three outings.

But leg problems unfortunately poured cold water on connections’ buzz about the new handy sort they might have unearthed, with future plans compounded further by the pandemic-induced disruptions last year.

Trainer Stephen Gray, who has a share in the bay with his bloodstock agent Garry Carvell (who purchased the horse as a yearling at the Inglis Premier Yearling Sale in Melbourne and also named him), Paul Hickman (St George Stable) and Lim Siah Mong (Lim’s Stable), was of course loath to see such talent go to waste, and was finally rewarded for his dedication in nursing Clergyman back to full fitness in Saturday’s Open Maiden race.

After switching off midfield for Marc Lerner, the $26 shot turned the race into a one-horse affair as he made his way to the centre of the track, bolting up by just under five lengths.

After stalking up leader Alexander (Matthew Kellady) from the start, Ibex (Oscar Chavez) kept on but had no answer to Clergyman’s acceleration, finishing second for his best run to-date, just holding off Juniper Spirit (Juan Paul van der Merwe) by a short head. Clergyman clocked 1min 36.4secs for the mile on the Long Course.

“He’s only lightly-raced. After his two seconds, he pulled up sore in front – there was a hairline crack,” said Gray, who races Clergyman in his Copperbelt blue and yellow checked silks.

“I had to stop him, got him going again when he was right, but then COVID-19 came, which also upset his preparation.

“Here I have to thank my blacksmith for doing a great job on his feet. It’s also a great team effort from the staff.”

The Kiwi handler brought Clergyman back for his seasonal bow in a 1200m on Polytrack for Maidens on April 18, keeping fingers crossed.

He ran seventh to Godfathers, and more importantly, came back safe and sound, but the always conservative Gray thought it was still touch and go first-up.

“I honestly didn’t know how he would go today, but I did tell the owners he would run well. He seemed to be enjoying himself out there and was too good,” he said.

“At his first-up run on Poly, he got checked, and could have finished closer. I thought he was the best horse in the field today, but we couldn’t tell with confidence how he would run.

“But the horse put his hand up. He seems to be back on the right track, he’s pain-free, and with time, could turn into a handy horse.

“Hopefully, he can get the owners’ money back. I’m so pleased he won a race for them.”

Seen sitting up from a long way out and looking at the Astrovision in-field screen to make sure no nasty surprises were looming, Lerner was ending a mini drought, having not saluted for the whole month of June with his last winner Hard Too Think (also for Gray) coming on May 29.

The French jockey said he could certainly feel the Commonwealth Stable-owned galloper had made significant headway since the last time he rode him at his comeback race 10 weeks ago.

“He sprinted very well today. He felt like a new horse,” said Lerner.

That first win cheque has now boosted Clergyman’s prizemoney towards the $20,000 mark for his connections, while Hickman was able to fill his own pockets a bit more in the next race when the St George Stable’s old boy Al Green (Iskandar Rosman, $55) came with a well-timed run to claim the $50,000 Elite Invincible 2018 Stakes, a Class 4 Division 1 race over 1100m.

First Choice (Wong Chin Chuen) was pulling out plenty as he edged clear by one length at the 200m, but Gray’s Argentinian-bred eight-year-old by Exchange Rate kept lengthening up on the outside to eventually gain the upperhand by half-a-length. Master Ryker (Vlad Duric) came with a late burst to take third place another short head away.

“It’s been a hard call of late, but the future seems to be a bit brighter, it’s a relief to win two races,” said Gray.

“That’s for the boys at the stable, they work hard and they deserve it.”