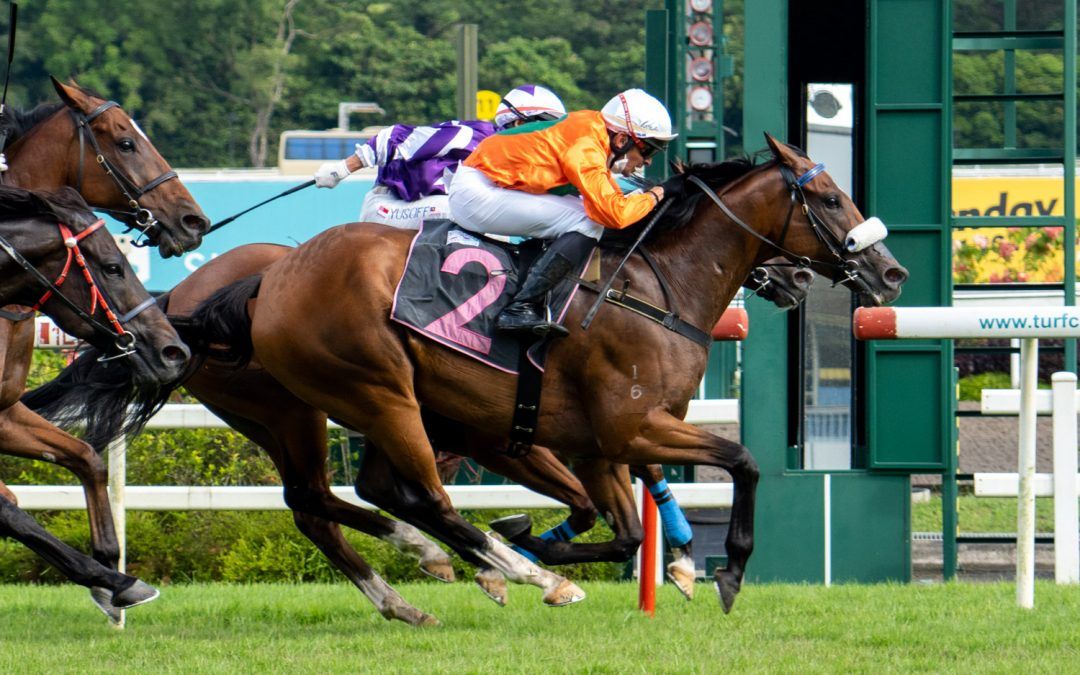 After three runs with apprentice jockeys, trainer Stephen Gray felt his useful sprinter Kharisma needed a senior jockey on Sunday, and it was indeed Marc Lerner’s trademark vigorous handling that lifted him over the line in the $100,000 Better Life 2012 Stakes Class 1 race over 1200m.

Held together in fifth place, the Mossman five-year-old had leader Fame Star (Jerlyn Seow Poh Hui) in his sights when he cornered but was a little buffeted as the swoopers jostled for their launch.

Favourite Makkem Lad (Yusoff Fadzli) ducked to the inside run while Kharisma found clear running towards the middle part, paving the way towards an epic duel between the pair.

Tenacious as always, Makkem Lad looked to have the edge, but just failed to keep his head in front right at the death, with Kharisma ($22) lunging late to get in by a short head. The winning time was 1min 9.74secs for the 1200m on the Short Course.

A great piece of riding and horsemanship from Lerner, but to be fair, Iskandar Rosman did win one race (Class 1, 1200m August 1) on Kharisma, even showing great tactical nous to upstage champion jockey Vlad Duric on Grand Koonta, but Gray felt it was time to rope in some muscle this time around.

“It was a solid strong win, and he was well ridden by Marc,” said Gray.

“He’s just a trying and gutsy horse. He had apprentices on at his last three starts, and they did nothing wrong, but I just thought he needed to have a stronger jockey this time as he was getting up in grade.

“He’s a good little horse, he’s already won six races this year. He’s going to the Polytrack race and will then go for a nice break.”

Gray was referring to November 27’s Group 3 Merlion Trophy (1200m), the last feature race and only event run on Polytrack of this year’s Singapore racing calendar.

Whether he notches a much deserved first Group race on his CV or not, Kharisma has already figured among the most consistent gallopers this year, bringing up six wins this year alone, to take his overall record to nine wins and six placings from 21 starts for prizemoney around the $460,000 for Indonesian owner Untung Joesoef of Dago Stable.