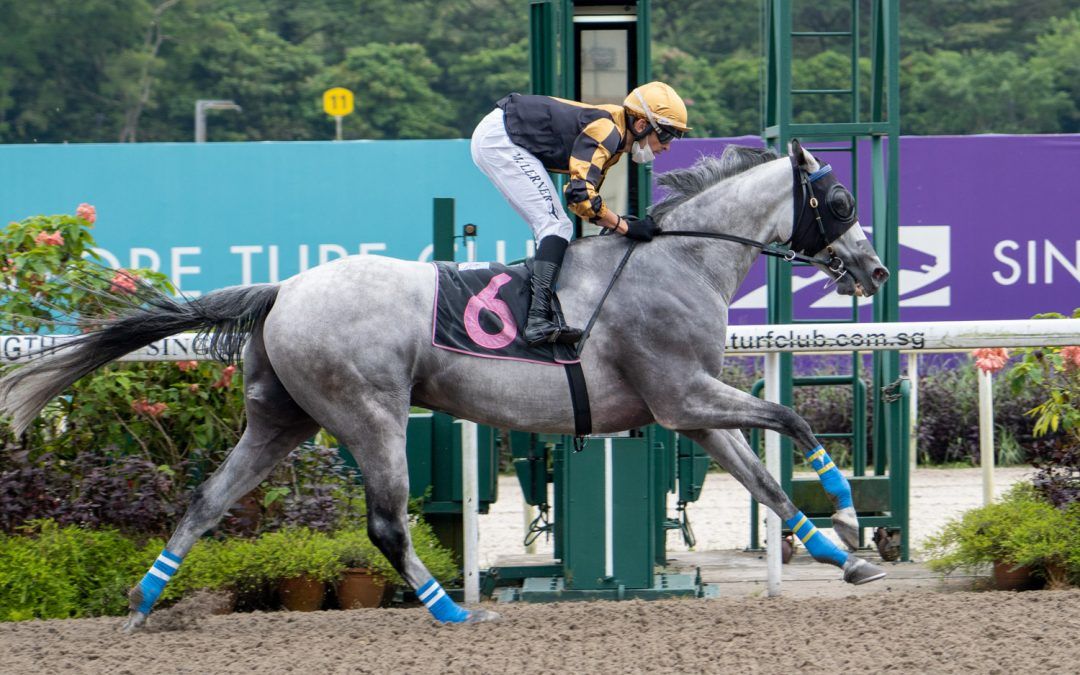 Assistant-trainer Lisa O’Shea felt both a sense of pride and relief after she saddled a winner at her first day as the head of the Stephen Gray stables on Saturday, but above all happy for the horse, Cheval Blanc.

It was the first time the New Zealander was tasked with the huge responsibility of filling in as acting trainer after Gray and wife Bridget left for a well-deserved holiday back in New Zealand last Monday. Trainer Shane Baertschiger was also roped in to oversee matters in Gray’s absence, but it was clearly O’Shea’s moment in the sun.

O’Shea, who began her Singapore career with Bruce Marsh, Kuah Cheng Tee before joining Gray in 2019, had eight horses under her responsibility on Saturday, spread from Race 2 to Race 11. The ginger-haired young woman will be in charge at the remaining two race meetings of the 2021 season, and also right through the whole of January as the boss only resumes training duties from February.

“I’ve been running around the whole day! It’s great to get a win, especially from that horse,” said O’Shea in between two saddling jobs.

“He’s been in Singapore a long time (since late 2018 but only had his first start in August 2020) but had many soundness issues, bad feet and joints, mainly.

“The vets and the farriers have also done a great job on him, and credit to the owners for their patience.

“His last start was pretty good (second to King’s Command in a Class 4, 1800m on October 23). He had a good blow and his fitness has improved.

“As he’s a natural stayer, and there was not too much speed, Marc elected to go forward. He put himself in a handy spot.

“They ran nice sectionals in front. I was not worried when they came at him as I knew he’d put up a good fight.”

The grey gelding led from the start, and looked to have stacked up the speed nicely, but did look vulnerable when the field ominously packed up before the home turn.

Lerner had obviously left the best for late on the $15 favourite. All the petrol saved earlier was finally ignited to good use when the French jockey stoked his mount up for his final assault to the line.

Cheval Blanc (which means ‘white horse’ in French) streaked ahead in a white flash to easily hold Strong N Best (John Sundradas) off in second place 1 ¾ lengths away. Luck Of Master (Hakim Kamaruddin) commenced a searching move circumnavigating the field from the 800m, as is his customary style, but peaked on his run to take third place another head away.

Previously known as Yulong Jazz when the Irish-bred son of Red Jazz arrived as a three-year-old in Singapore, Cheval Blanc was recording his first win at his 10th start. Earlier earnings from five placings did their part in boosting his total earnings past the $65,000 mark for the Team Cheval Stable.