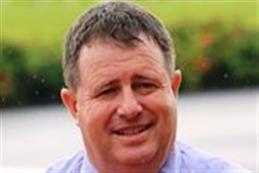 Stephen Gray is hoping that imposing last-start winner Darc Bounty’s achievements will not be restricted to just being a career milestone.

The son of Darci Brahma handed the Kiwi handler his 600th winner at Kranji on January 30. Ridden by Vlad Duric, the recent Leslie Khoo transfer was at his first outing for Gray when he demolished a Restricted Maiden field in a 1000m race, romping in by seven lengths.

Gray was not on hand to toast to the landmark win as he was buying horses from the Karaka sale in New Zealand, but certainly won’t miss the gelding’s second outing for him in the $60,000 Class 4 (1) race over 1200m this Friday. 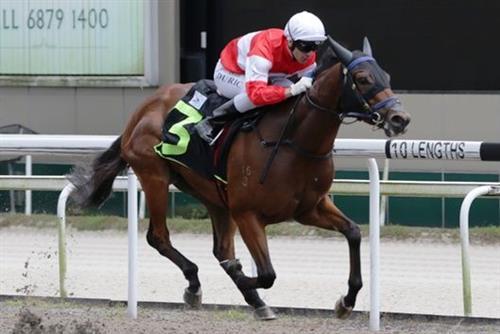 With the Elaine Chen-owned galloper being a three-year-old, Gray does have the Singapore Three-Year-Old Challenge at the back of his mind, but Darc Bounty will have to prove his Group-worthiness first.

“He was quite impressive at his first run for me and he’s improved further since,” said Gray.

“He’s not a big horse, but he can run. He’s quite fast, but what pleased me that day was that he settled and got to the line strong.

“I thought about running him in the Graduation race over 1200m as he would have got in at a nice weight, but in the end, I decided to run him in the Class 4 race instead. Vlad will be able to ride him at that weight (54.5kg) as he knows him and it’d be good to know if he can beat the older horses.

“That would give us a better idea if he can step up in grade. Thoughts of the 3YO series are obviously at the back of our minds, but he must win on Friday.”

Duric also said that Darc Bounty was a bundle of unbridled energy, who will become even better if he can harness it wisely on raceday.

“He’s a tricky horse to ride in the morning. He’s a real galloper, he just wants to run,” said the current leading hoop (on 13 winners, three clear of a quartet on 10 – Olivier Placais, Michael Rodd, Nooresh Juglall and Alan Munro).

“I’m glad he ran 1000m on Polytrack first-up rather than 1200m as he was fresh, but I must say he settled quite well in the race and attacked the line strongly.

“I think he will be more settled down on grass over 1200m this Friday. It’ll be quite a step-up for him to make the grade to Class 4, especially for a three-year-old.

“I feel he’s a horse who is above average, but he will have to win impressively to warrant a shot at the first Leg of the 3YO series.”

Among his other six entries for the standalone Friday meeting, Gray also saddles Squire Osbaldeston in the $125,000 Open Handicap over 2000m.

“Squire came back in trip to 1700m at his last run when we took the earmuffs off. We’ll leave them off again this Friday,” he said.

“We didn’t think of running him at first, but I discussed with (owner) Paul (Hickman). The horse is well and with no weight on his back, he is worth a shot.

“Horses aren’t cheap and when they are entitled to run for good prizemoney, owners are keen to support such races.”

Squire Osbaldeston will be ridden for the first time by Gray’s apprentice jockey Amirul Ismadi.