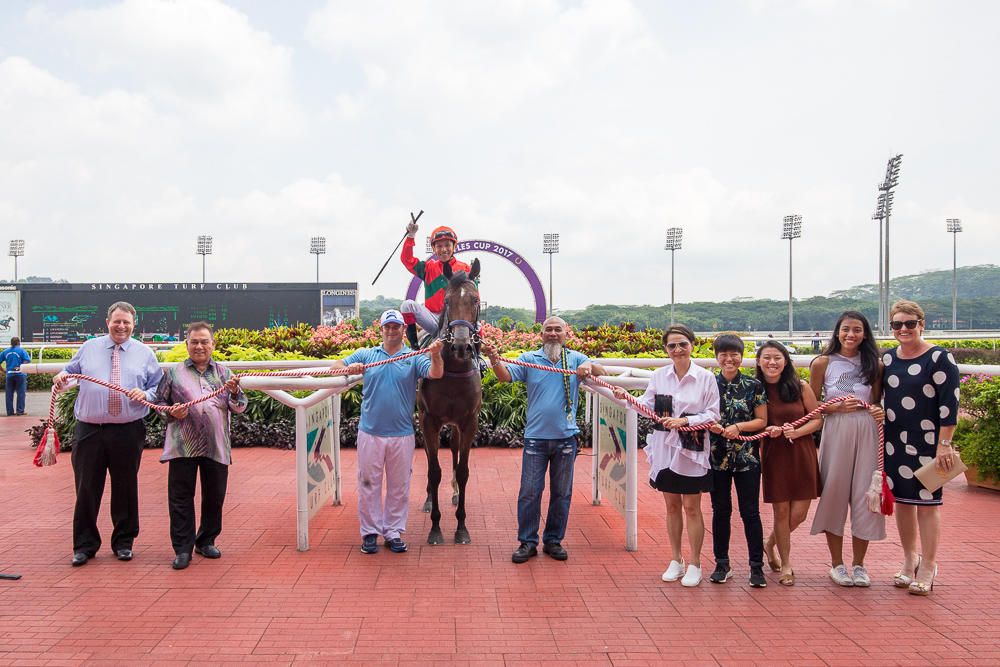 The yard celebrated Raffles Cup day with 4 winners and a third in the Group 1 Raffles Cup.

Little Master Saluted on debut, under stable apprentice Amirul. “We didn’t expect much to be fair. He arrived a horse that needed a great deal of nuturing and schooling at the barriers and my team did a great job. It was a surprise result, but I am so happy for the Hong’s as it was their 2nd winner in a week with the stable. Little Master will improve” enthused Stephen. 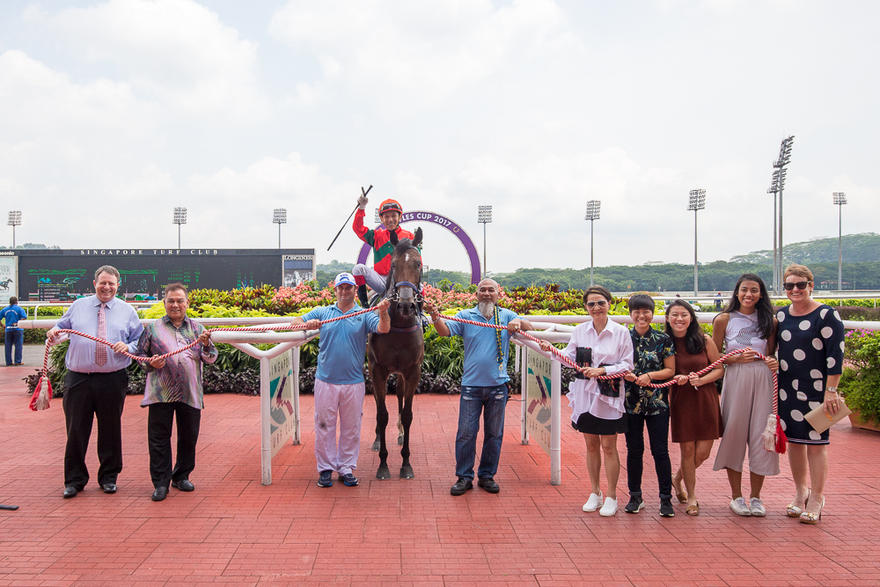 Paul Hickman and his St George Stable has been a loyal friend and patron for many years and it was great to have a double for him on the day. 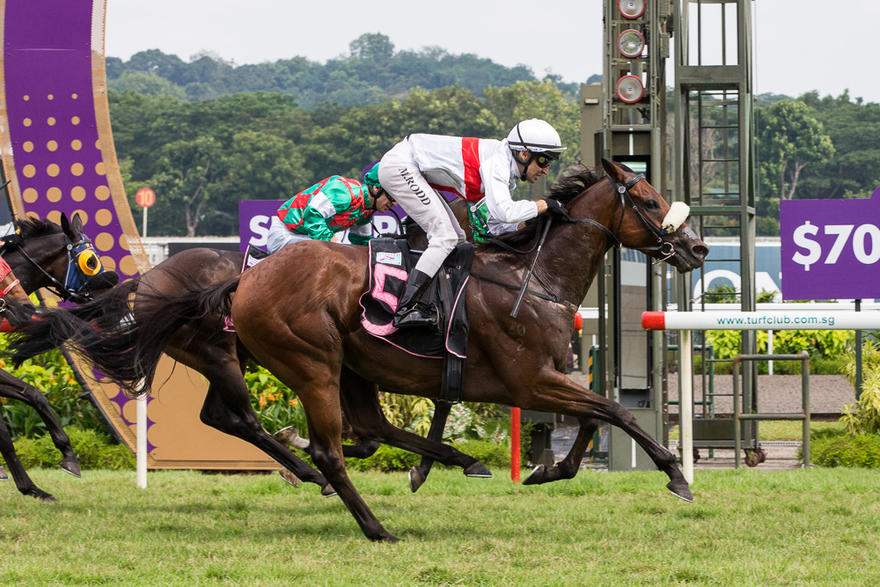 Stephen takes up the story, ” Murrayfield was given a gem of a ride by Michael Rodd. He swooped on the outside and showed signs of his earlier form. Golden Curl again showed up and showed he never runs a bad race. He took on a strong field but blew them all away in the final stages to win a competitve sprint. He is versatile and evergreen. Well done to the team at the yard, for him to continue to win races (his 10th) and hold his  form so well is a testament to my staff. It was also great to have Paul on course to celebrate his double. We have been friends for many years and he is a stalwart in my stable.” 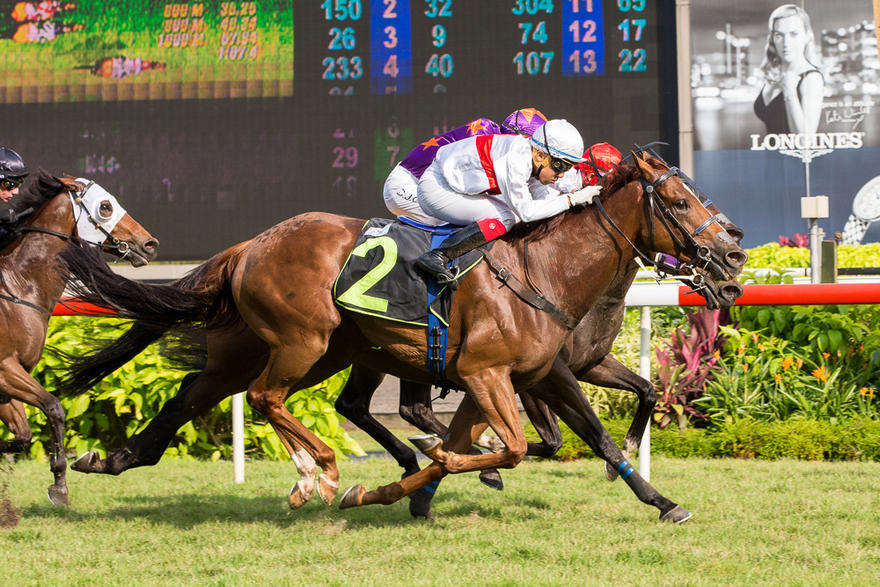 Golden Curl – Evergreen, honest and one of the most reliable horses around!

Lim’s Cruiser was gallant when running 3rd in the Group 1 Raffles Cup. Glen Boss gave him every chance and our star sprinter, who is vying for champion sprinter honours after winning the Rocket Man Sprint & the Lion City Cup Gr.1 earlier this year, was always a query at 1800m, but the fact that he stuck on for 3rd shows how gutsy, courageous and talented he is. It was a great effort.

The day ended off with the talented Lim’s Magic winning his 2nd career start, making it 2 wins in a row. “To win the way he did, after racing 3 wide with no cover, I have not had many horses do that in my career and it was very exciting. He is a very exciting prospect for next season. Thanks to Mr Lim and Mick Dittman for their continued support, it looks like we have another decent horse for them.” 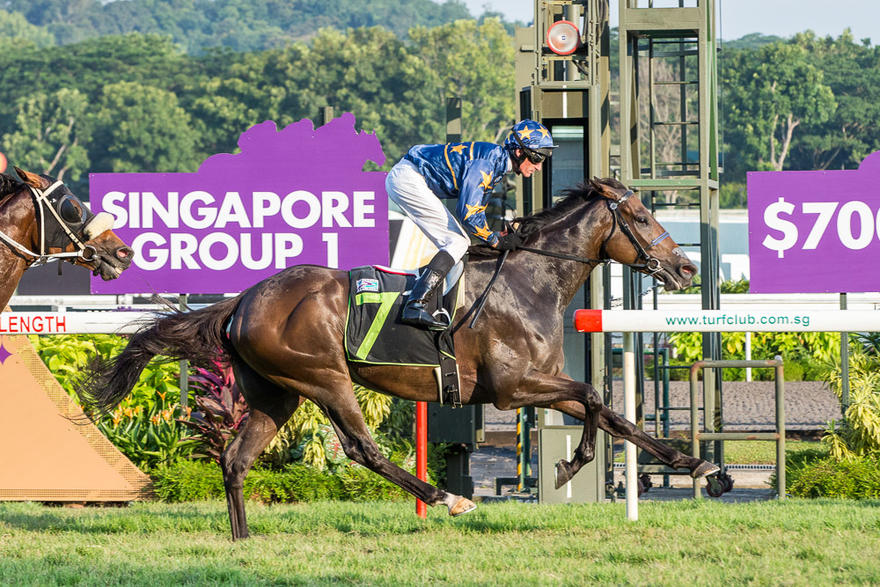