AMIRUL OFF TO TASSIE 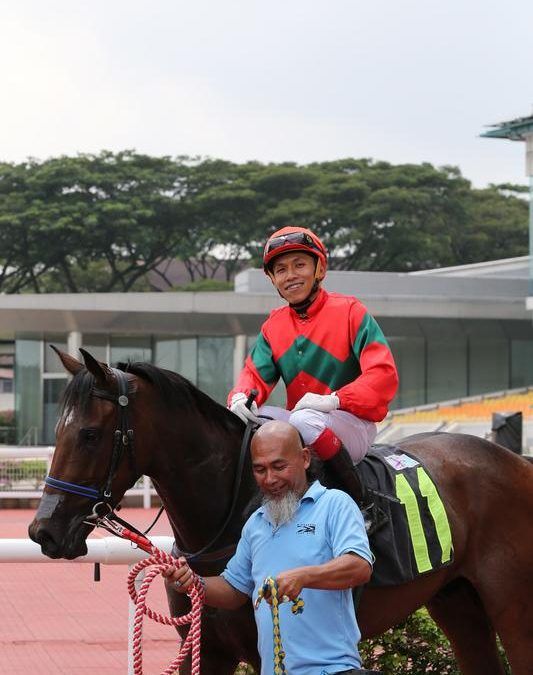 Trainer Stephen Gray’s promising apprentice jockey Amirul Ismadi is the first to benefit from a new apprentice training scheme as he leaves for Tasmania on Monday.

The Singapore Turf Club has been deploying apprentice jockeys between New Zealand and Australia for a couple of years now, but they were mainly freshmen or second-year apprentices while Amirul is a two-kilo claiming apprentice jockey who already boasts 58 winners under the belt, ridden between Malaysia (34) and Singapore (24) since 2015.

The 23-year-old son of jockey-turned-trainer Ismadi Ismail and nephew of veteran champion jockey Azhar Ismail will be indentured to Brighton (in Hobart) trainer Stuart Gandy for three months, all as a new initiative rolled out under the Singapore Training Academy for Racing (STAR) umbrella.

Currently sitting third on 11 wins (latest one coming with Harveywallbanger for trainer Cliff Brown last Friday) on the Singapore apprentice jockey’s log, 18 behind reigning champion and current leader Wong Chin Chuen, Amirul is already booked for four rides at next Wednesday’s Launceston night meeting, including one in a Listed race.

“I’m really excited with the experience I will gain in Tasmania. I’d like to thank the Singapore Turf Club for the opportunity and Mr Gray for letting me go away for three months,” said Amirul.

“I hope the exposure to a different racing industry and the chance to ride against a different level of jockeys will improve my riding.” 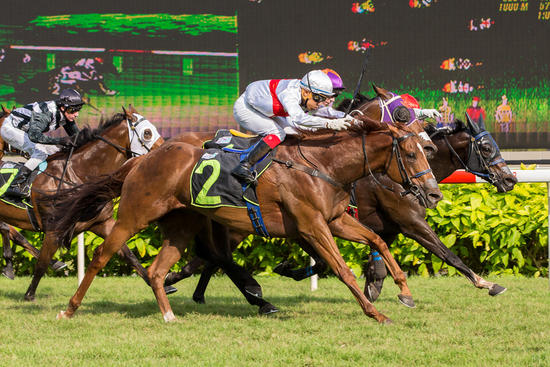 Singapore Turf Club riding master Damien Kinninmont said the idea behind sending more seasoned apprentices overseas is to “sharpen them up”. He said Amirul ticked the boxes for such a posting, and hoped to send more in the future

“This new idea is to boost our plan to give our apprentice jockeys the opportunity to ride internationally. It’s a trial run and we’ll see how it goes,” said Kinninmont.

“I’d like to thank TasRacing and its Chief Executive Officer, Mr Vaughn Lynch, for being very supportive when we approached them. They currently have a shortage of apprentice jockeys and it is a win-win situation for both parties.

“We’ve been working very closely with them with Amirul’s working visa and all the paperwork, and a big thank you also goes to Bridget Gray.

“We have sent inexperienced apprentices abroad for 12 months up to two years so far, but we feel the more experienced ones also need to sharpen up.

“A lot of them just roll along and don’t work on their fitness. This will give them a chance to see what others do elsewhere.

“Amirul himself did ride in China and Abu Dhabi at invitational one-day events, but really, he has only ridden in Malaysia and Singapore on a long term.

“Former top jockey Stephen Maskiell is the riding master for TasRacing and will give him a different type of training, he will mix up his routine with boxing training once a week.

“He will also get a chance to learn from the jockeys there and I know (former Kranji-based jockey) Craig Newitt is currently riding there.”

Kinninmont said the timing of the stay in Amirul’s case also slotted in just nicely.

“It’s perfect timing. His stay there will fall into this time of the year when the apprentice title is already decided,” he said.

“Then there is our one-month break and it will only cut into the season at the beginning of the year.”