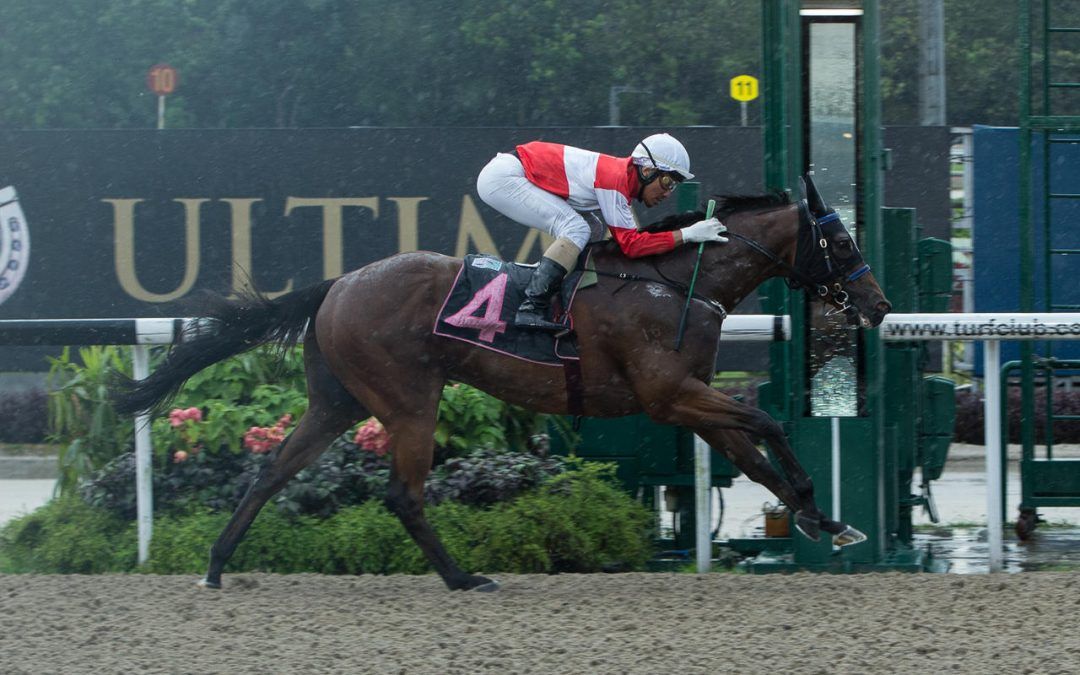 Honest Polytrack sprinter Darc Bounty came off a ground-saving run on the fence to dispatch his rivals with ease in the $70,000 Class 3 race over 1000m on Saturday.

Ridden for the first time by Noh Senari, the Darci Brahma six-year-old, who is at his fifth season at Kranji, scooted clear after he took the shortcuts home upon cornering.

Handy throughout, Ararat Lady (Ruan Maia) stuck on nicely for second place two lengths away with Watch Out Boss (Benny Woodworth) powering home late for third place another half-length away. The winning time was a smart 58.04 seconds, only 0.34 second outside Nova Swiss’s record.

Winning trainer Stephen Gray praised the consistent performer as a genuine horse for one of his most loyal owners, Mr Chen Chin Sang and his wife Elaine.

“He’s a great Class 3 horse, he’s so genuine. He ran good time, too, but the Polytrack does get a bit fast when it rains,” said the Kiwi handler.

“He was a bit unlucky at his last start when he was drawn wide, but Simon (Kok Wei Hoong) told me he still went good.

“Simon was supposed to ride him, but he got suspended (three days for careless riding on Magnum Force). So, we put Noh on and he’s done a great job.

“It’s great to get another win for the Chens. They are lovely people and deserve every success that comes their way.”

Already a stakes earner of more than $300,000 for the popular Singaporean couple, Darc Bounty has pumped in roughly another $40,000 into the account.

Noh, who does not often get a call-up from Gray, said he went into the race with some precious tips from the Copperbelt Racing boss.

“I got some heads-up from Stephen. He told me not to get off the rails as he likes it,” said the Singaporean jockey.

“He also told me he can miss the start at times, but he had a clean break today. I thought then half the battle was won.

“I’ve finally won a race! It’s been frustrating as I’ve had as many as seven placings before that.”