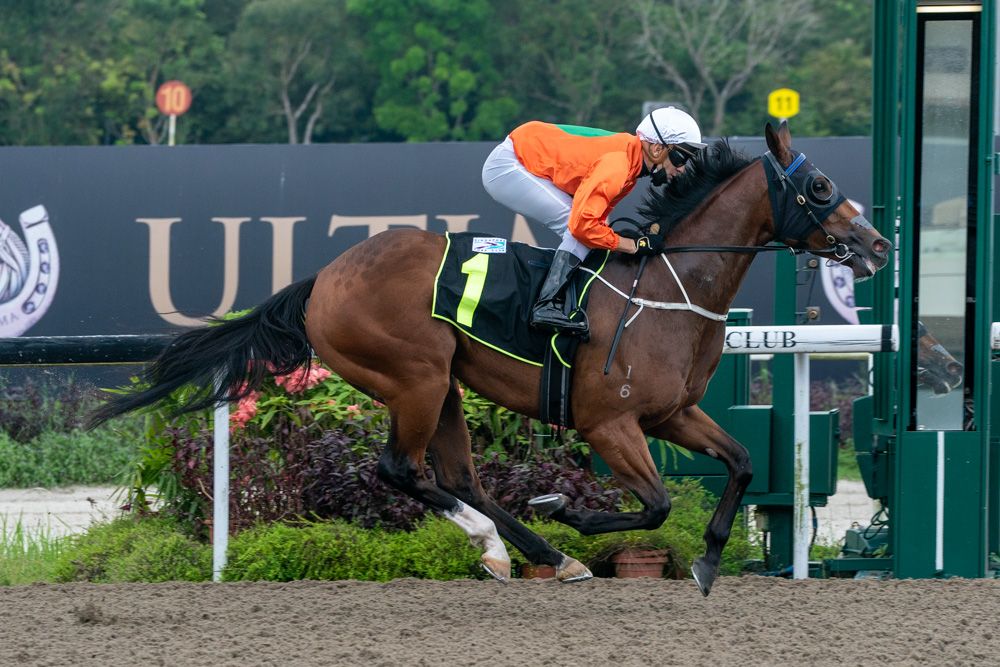 Odds-on favourite Kharisma’s easy win in the $75,000 Restricted Maiden Division2 race over 1200m on Sunday was widely expected by all and sundry, but it was the symbolism of the win amid the tough times that touched trainer Stephen Gray the most.

Racing at Kranji resumed on July 11 after a three-month interruption brought about by COVID-19. Like all the industry participants, Gray felt the full brunt of the shutdown, more so as a trainer at the coalface of running a stable of 60-odd horses.

Gray, who is after Michael Clements, the longest-serving expatriate trainer in Singapore, having moved from his native New Zealand in 2000, was highly emotional after leading in Kharisma ($7) to his first win.

“Those long four months have been tough and emotional. I really appreciate my staff, especially the 11 Malaysian boys who have kept the stable going during that stressful period,” said Gray.

“Without them, I wouldn’t have been able to operate. They stuck on and they sacrificed themselves for us and their family back home.

“No-one could have anticipated what happened. We’re really grateful racing can keep going.

“I’ve been watching all the other trainers and they have done it tough as well. I’m not selfish, and they deserve every winner that come their way.

“It’s a good result for the owners as well as they’ve been very patient. There are changes on board, the future has to change, but we can only go forward.”

While Kharisma’s Indonesian owner Untung Joesoef (of Bahana fame) was not on hand at Kranji, Gray and winning jockey Vlad Duric were seen saluting cheerfully towards the top of the grandstand at the pull-up.

“(Wife) Bridget was upstairs with some owners, and we were waving at them. Only one owner and one guest per runner are allowed in and we had a few of them up there today, it’s a pity they can’t come down to celebrate, but it’s still nice to have them up here.

“This horse was always going to appreciate the blinkers. He is a nice horse who has got ability.

“JP (John Powell) used to ride him, he had a break, and we were hoping he could do what he did today.

“The pace was slow and he was too good today, though he didn’t beat a lot. He will go on to better things and he can definitely run up to 1400m and the mile.”

Placed at his previous three starts, the Mossman three-year-old stamped his authority from the moment he forged his way to the front.

While still travelling like he had not been out of second gear, he already had his rivals off the bridle at the top of the straight. By the time Duric released the handbrakes, it was all over bar the shouting.

Kharisma raced away to an impressive three-and-one-quarter length victory over Sky Eye (John Sundradas) with Eunos Ave Three (Ruan Maia) third another one-and-three-quarter length away in third. The winning time was 1min 11.95secs for the 1200m on Polytrack.

That first win cheque has bumped Kharisma’s stakes earnings to around $75,000 for the Dago Stable.