Gray Sure could Do with a third win on the bounce 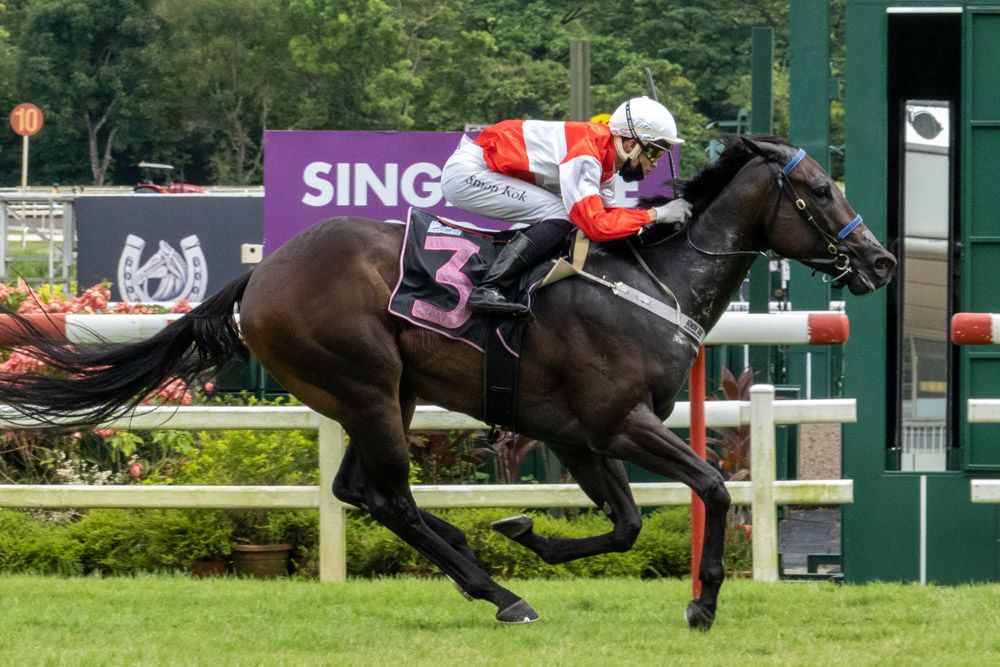 Debuting Sure Will Do in an Open Maiden might not have done justice to his hefty price tag, but in hindsight, a low-key start has reaped more benefits than trainer Stephen Gray could have bargained for.

The Chens’ new NZ$210,000 purchase was meant to have his inaugural race in a more becoming $75,000 Restricted Maiden race back in September, but a viral infection put that launch on the backburner.

However, no similar Restricted Maiden race was available when he had fully recovered and ready to go again.

Loath to keep the Per Incanto four-year-old bubbling over under a lid for too long, Gray, along with the Chens’ blessings, eventually went for the last recourse of uncorking him in a lowly $20,000 Open Maiden race over 1200m on turf on October 3.

As expected, Sure Will Do, a three-from-three barrier trial winner, hacked in against the moderate opposition.

It was more like he had racked up a fourth barrier trial win, but a stiffer test was in the works seven weeks later when he was entered in a Novice race over the same course and distance.

Even if he was kept honest by better quality horses for the first half of the journey this time round, he still drew clear with the same contempt, going on to gap them by the same margin – 2 ¾ lengths.

With such an unbeaten record in two starts, handicappers might not have been too lenient, but the fact that he started at the lowest rung of the ladder mitigated the spike in ratings.

At 61 points, Sure Will Do was still eligible for Saturday’s $50,000 Class 4 Division 1 race over 1200m where he will carry only 55kgs (56 minus a one-kilo apprentice claim) which may be viewed as a luxury by some.

“It has turned out to be an advantage to run him in an Open Maiden first-up. He has not picked up too many points, as a result, he’s still in Class 4,” said Gray.

“This horse has kept stepping up. He impressed me with his last win, when he carried his weight in a Novice.

“We didn’t want him to lead, but he kicked away from them and left nice horses behind. Some were very good three-year-olds who have gone on to win.”

The Kiwi handler was of course alluding to the likes of Boomba and Relentless, who ran third and eighth respectively to Sure Will Do in that Novice race. Last Saturday, Boomba won the Group 3 Singapore Golden Horseshoe (1200m) with Relentless a fast-finishing third, adding further gloss to his charge’s potential.

Gray is not changing the winning combination for the steering duties. Champion apprentice jockey Simon Kok Wei Hoong, who is on the cusp of landing back-to-back titles, will be attempting to extend the unblemished record to three.

“Simon stays on. He doesn’t ride him in trackwork as the rules (apprentice jockeys can’t ride trackwork for trainers other than their master) don’t allow him,” said Gray.

“It’s (Gray’s apprentice jockey) Winston (Cheah Wei Wen) who rides him all the time. He galloped him this morning, he went just by himself for a nice workout.

“The horse seems to have improved both physically and mentally. We have chipped away with the same pattern, but on his breeding, he can get further one day.

“These horses get beaten one day, too, you know, but for now, I don’t change what works.

“After this run, I will give him a bit of a break and see what feature races come up next year. Most probably, it’ll be the Singapore Four-Year-Old Challenge, but the details for 2021 are not out yet.”