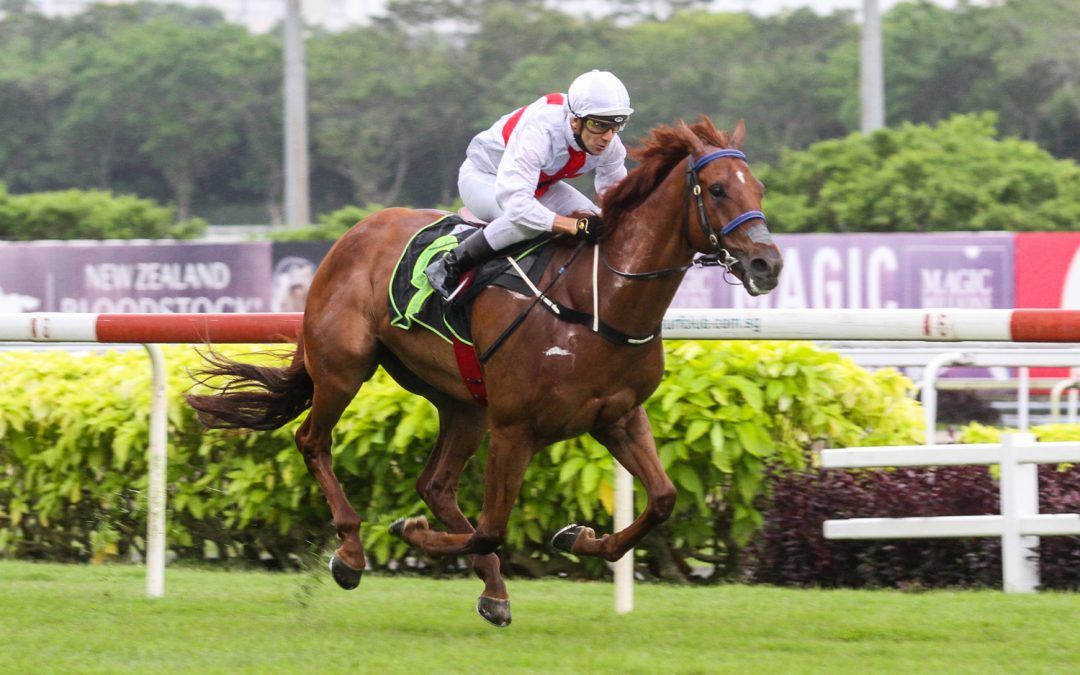 Debutant Billy Elliot scored an impressive win in the $20,000 Open Maiden race over 1400m on Saturday, but still left in-form trainer Stephen Gray with a bittersweet feeling at the winner’s circle.

The Kiwi handler revealed that Billy Elliot was the last horse his long-time supporter Paul Hickman of St George Stable had sent to Singapore.

The familiar St George’s cross on all-white jersey of the patriotic Singapore-based English businessman will still be seen around Kranji through his current fleet made up of the likes of Al Green, Infinite Wisdom or good old Billy Britain, but there would not be any more addition after Billy Elliot, Gray said.

“Sadly, that is the last horse Paul has sent up here,” he said.

“He bought a filly with me but he’s leaving her in Australia. Paul buys horses for the good races and with the limited options in Singapore now, he’s not very impressed.

“He’ll see how things go at the Turf Club, but for now he’s not buying horses anymore for Singapore.”

Gray can only hope Billy Elliot is that one last shot that can finally crack it for that elusive Group 1 success for Hickman (he won two Group 3 Committee’s Prize with Twickenham in 2016 and 2017).

“(Bloodstock agent) Garry (Carvell) bought this one as a yearling for Paul. He won his trial and he said he could be a Derby horse,” said Gray.

“To be fair, Garry said to give him a bit of time. The fact he was stuck in New Zealand during COVID-19 helped him.

“He’s a very nice horse by a very good stallion (Per Incanto) and Vlad (Duric) likes him a lot.”

Sent out at $22 and with Duric in the irons, the four-year-old chestnut gave himself every chance when he box-seated behind Ben Wade (John Powell) and $16 favourite Ima (Simon Kok Wei Hoong).

Once he was peeled off for his run to the post, there was no second-guessing where the top prize was headed.

In a couple of bounds, Billy Elliot put an adequate breathing space on the rest, going on to score by 1 ½ lengths from Accumulation (Marc Lerner) with Dragon Ryker (Yusoff Fadzli) third another nose away. The winning time was 1min 23.61secs for the 1400m on the Long Course.

The win brought up a running double for Duric, who after a 2021 season that had gone underway in fits and starts due to some health issues, seems to have now hit top gear. On seven wins, the four-time Singapore champion jockey has now edged his way into sixth spot, only four winners off joint-leaders Marc Lerner and Louis-Philippe Beuzelin.

“He’s a very nice horse, but still very green,” he said of his latest winner.

“At the pull-up, he was ducking and weaving around the patches on the track. He’s a progressive horse and I really like him.”