A Sure Will to win, again 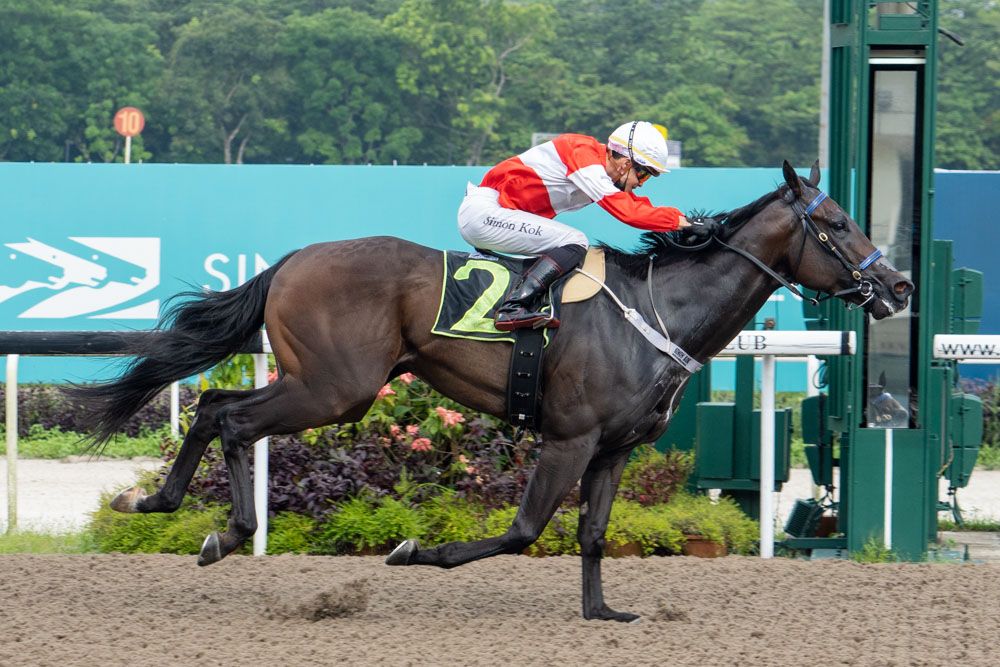 Just one race after Kharisma upstaged a handy field in a Kranji Stakes A race, in-form trainer Stephen Gray saw another smart four-year-old from his yard thump the opposition in the $50,000 Class 4 Division 2 race over 1100m on Polytrack on Sunday.

The Kiwi handler described the 1 ¾-length win from the son of Per Incanto as “very impressive” – and not many would disagree.

After coming off a wide alley to sit on the girth of race-leader Good Luck Charm (Zyrul Nor Azman), Sure Will Do was allowed more rein by champion apprentice jockey Simon Kok Wei Hoong soon after cornering for the judge.

In one fell swoop, the even-money favourite forged to the head of affairs, throughout maintaining a safe distance between him and the determined pair of Sacred Gift (Vlad Duric) and Always Innocent (Matthew Kellady), who finished in that order some gap away.

Clocking 1min 4.96secs for the 1100m on Polytrack, Sure Will Do continues to stamp himself as something out of the box with his near-perfect record at Kranji. The only “blemish” from five starts was a third place on a bog track in December.

Gray still blames himself for having run him on that wet day. Sure Will Do still tried his heart out but the wheels just came off on a track that had too much give.

“He should be unbeaten today. I shouldn’t have run him that day it rained, but that’s the past,” said Gray.

“He was very impressive today even though he was taken on. He’s not easy to get past when he’s in front and he showed that again today.

“A big thank you to the Chens who are really lovely owners.They have a really promising horse here.

“I’m also really appreciative of Vlad Duric coming over to gallop him in the morning, and giving me feedback.

“I’m lucky to have genuine people helping me. Vlad loves a winner and Simon is also a very good rider, he gave him a textbook ride today.”

The two-time Singapore champion apprentice jockey said he could definitely feel a more tractable and professional Sure Will Do under him. Early days, he could race quite keenly.

“He used to hang out, but today, he handled the pressure a lot better once he settled behind the leader.

“He keeps learning with every run.”

Kok has certainly been a good coach as he has been aboard at all of Sure Will Do’s five starts which have yielded four wins and one third for prizemoney that has now hit around the $110,000 mark for the Elaine Chen Stable.