Hard Too Think gearing up for Kranji Mile 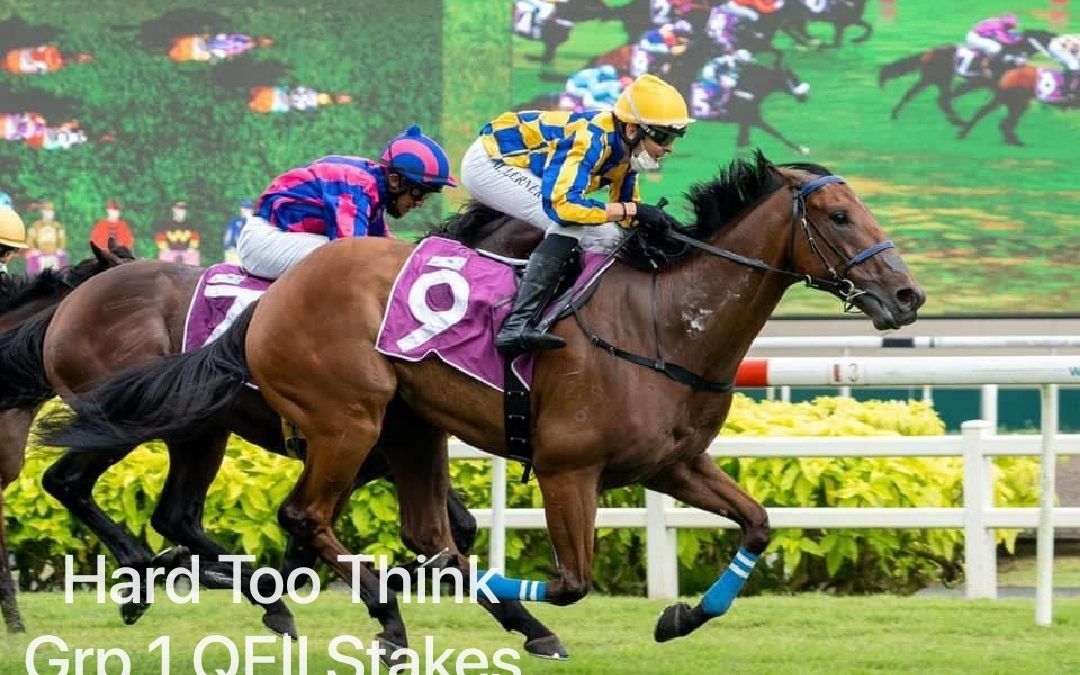 Top stayer Hard Too Think had a casual spin at his first barrier trial of the new season on Thursday morning.

Trainer Stephen Gray ran his eyes over the dual Group 1 Singapore Derby-Queen Elizabeth II Cup winner as he readies himself for his next big target, the $1 million Group 1 Kranji Mile (1600m) on May 21.

The five-year-old son of All Too Hard suffered some setbacks leading up to his last start in the Group 1 Singapore Gold Cup last November where he still ran a gallant second to the superb Lim’s Lightning.

What happened is history, and the New Zealander handler will now work on extracting the best out of him before weighing up his future.

“He had a virus, so that was not the best preparation,” said Gray.

“He needed to be 100% to beat the other horse (Lim’s Lightning). He had his chance but the winner was too good.

“He went for a good spell and came back to work in January. He’s really good now.

“There’s not a lot of opportunities for him here. He will run first-up in a Class 1 race over the 1400m in the last week of April (30) though that’s a bit too short, and then the Kranji Mile.

“It’s a quiet trial today, and then he will have another trial before he races.

“I hope it rains in the big race, otherwise he might not be fast enough. The others might be too slick for him.

“There are a few fast horses over the mile, like Dan’s (Daniel Meagher) two horses (Lim’s Kosciuszko and Lim’s Lightning) are going great now.

“But it’s a million-dollar race, might as well aim for that and get the money, and then we’ll review his career here after that.

“There are some talks that he might leave and go to Australia as there are more options for him there.”

Jockey Marc Lerner allowed his mount to drop to last before he coasted to the line, untested, in the third trial of the morning. The Ricardo Le Grange-trained Water Rocket (Wong Chin Chuen) led from start to finish.

Meanwhile, Gray is looking forward to have his long-time owners, Mr and Mrs Elaine Chen back at the races to watch their horses race in the $100,000 Kranji Stakes A race over 1000m this Saturday.

Both Darc Bounty and Sure Will Do have been entered for the highlight of the day, but Gray thought the former is in with a good chance carrying a featherweight load on his favourite trip (four times over 1000m in seven wins).

“He got injured before his two runs back from a spell, cracked a bone in his back leg but he’s come back good.

“He’s getting old but he’s still a sound and happy horse, and he tries hard. He’s always thereabouts in the 1000m, just whether he’s good enough this time.

“The owners are happy to come and see their horses run this Saturday.

“He’s running with the light weight (52kgs after 2kgs claim), and the owners have decided to leave Zyrul on. Hopefully we can get a winner for his little baby!”

Darc Bounty, an eight-year-old son of Darci Brahma will pair up with jockey Zyrul Nor Azman for a third time as the duo combined to two thirds at the last two starts, both Class 2 races over the 1100m.

“I thought he could have won first-up (January 29) actually, but he missed the jump a little,” said Zyrul, who is already father to a one-year-old daughter Zehra Fae with wife Nor Fazila.

“He jumped better the last time. The field was a bit too strong, but he’s a genuine horse.

“From barrier five, we might just run behind the leaders like he did last time. I think he can be competitive.”